My friend sent me a message over the weekend to come over her place, saying it was an emergency. Along the way, I had the worst images in my head of what could have happened.

I pulled up on her driveway to see her sitting on a plant box, with arms flat on her lap, bloodied with cuts. As I got nearer, it became obvious. Her cat turned aggressive on her again.

While she knew it will be another battle of defending her cat against my I-told-you-so-rantings, she went on to explain what happened.

They had an appointment with the vet that day. The cat was at her peaceful spot, and she went to pick her up, no warnings. The sight of the carrier startled the cat, so it started purring and getting aggressive which lead then led to scratching at her.

I wouldn’t blame the cat. I was doing my own thing and my owner comes at me to put me into a carrier. A dark and cold carrier. The claustrophobic person in me sympathized with the cat.

But, it was their vet day! There was no other choice but for her to be in her cage! As impossible as it may seem, that aggressive cat had to get in there!

So, how do you get an aggressive cat into a carrier? 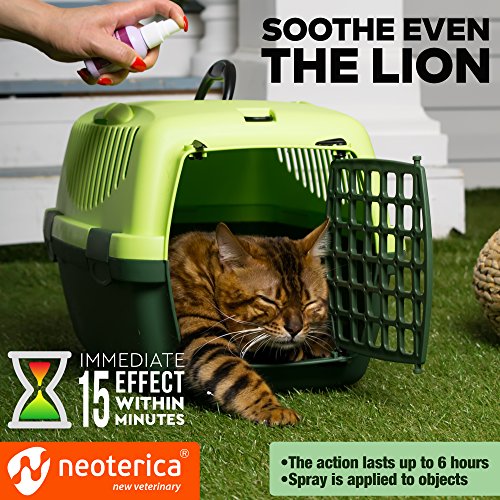 Blame the Cat’s Nerves, But Try to Calm It Down

According to research, cats are typically claustrophobic. Once they have identified an item that made them feel constricted, they feel nervous about it.

Maybe why the sight of the carrier freaked my friend’s cat out.

A nervous cat instantly becomes aggressive. This aggression causes the task of putting the cat into a carrier stressful. Mind you, it isn’t just you who gets stressed, the cat too!

Getting Your Aggressive Cat Inside the Carrier

Cats love freedom. The idea of getting them restricted in a box scares them. But, there are instances, like vet day when they just had to be inside the carrier.

Some cats have been accustomed to being put inside the carrier. But, there are still some that can’t see the fun in it, and so they become aggressive.

Try these few tricks that we’ve studied to catch your feline friend contained without getting those nasty scratches.

Get Your Cat Used with The Carrier

Veterinary appointments are scheduled ahead of time. This should give you enough time to get your cat familiar with the carrier.

You can do that by placing the carrier on a spot where the cat sees it, leaving it open for the cat to check out and explore. It does not only get your cat aware of the carrier, but it also gives him the chance to study it.

If you see the cat getting inside, try closing the door for a few minutes. After that, open the door and treat them for getting into the carrier fuss-free.

You can also carry around the carrier with the cat inside it. This makes them used to being inside of it and being carried around.

No time to do such things? You can place the carrier at your cat’s favourite spot and put in some food with a strong odour to attract the cat inside.

Your cat is not aggressive. Just nervous. So, you need to calm them down to release their anxiety.

One way to do that is to spray pheromones. Pheromones are what they use to mark their spots. These have a huge effect on their behaviour too. 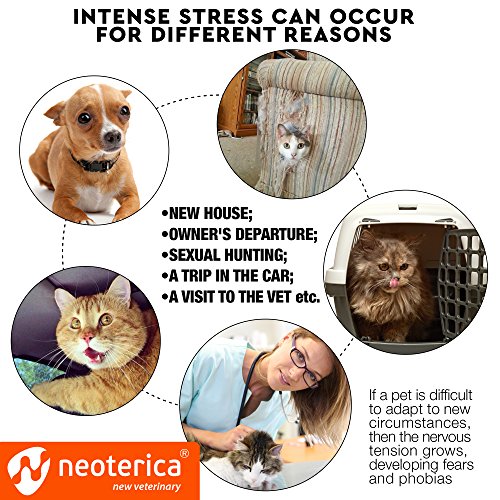 There are pheromones you can buy at your local veterinary shop to calm your cat. You can spray it inside and outside of the carrier to lower down the cat’s anxiety over it.

Once they smell these pheromones, they start to feel comfortable and calm. However, make sure that the effect is relatively short, so you want to make sure you spray each time you feel like the cat starts to get stressed out.

Take Advantage of their Toys

Remember how you chase off dogs by throwing a tennis ball so far? You can use the same technique with cats, too.

Except for them, they aren’t being shooed away. Most cat owners have a laser pointer. Cats love following that red dot everywhere.

Spend a few minutes playing around with the dot, occasionally pointing inside the carrier for the cat to follow. Your cat won’t notice getting inside a carrier because it is too focused on the red dot.

If all else fails, a towel can help you with your reluctant cat. The towel should be long and thick enough to wrap the cat.

Long enough to make sure it wraps them securely. And, thick enough to control the cat by the weight of the towel.

Thick towels also help keep you from getting scratched.

Once your aggressive cat is wrapped like a burrito, slide it inside the carrier with its tail first. If the cat is still upset, leave it still wrapped inside and close the door. After all, the cat will surely find its way to get out of the towel.

The best way to manage the impossible task of getting your aggressive cat into a carrier is to get the cat used to it. If space allows you, you can lay the carrier on a cat’s familiar spot permanently.

This gives the cat enough time to get used to it and lessens the nervousness from the sight of it. Eventually, the cart will get used to it in no time.

Also, consider the kind of cat carrier that is preferable for feral cats. If after trying to get the cats used to the carrier being around and they still won’t cooperate, get the top-loading carriers. Lifting the cat in from the top rather than getting in him from the side will keep your arms and hands scratch (and bite) free.

LOOKING FOR THE BEST CAT CARRIER?  CHECK THIS ARTICLE OUT